Bills to edge Dolphins, Ravens to bounce back and Wentz to lose Eagles revenge game 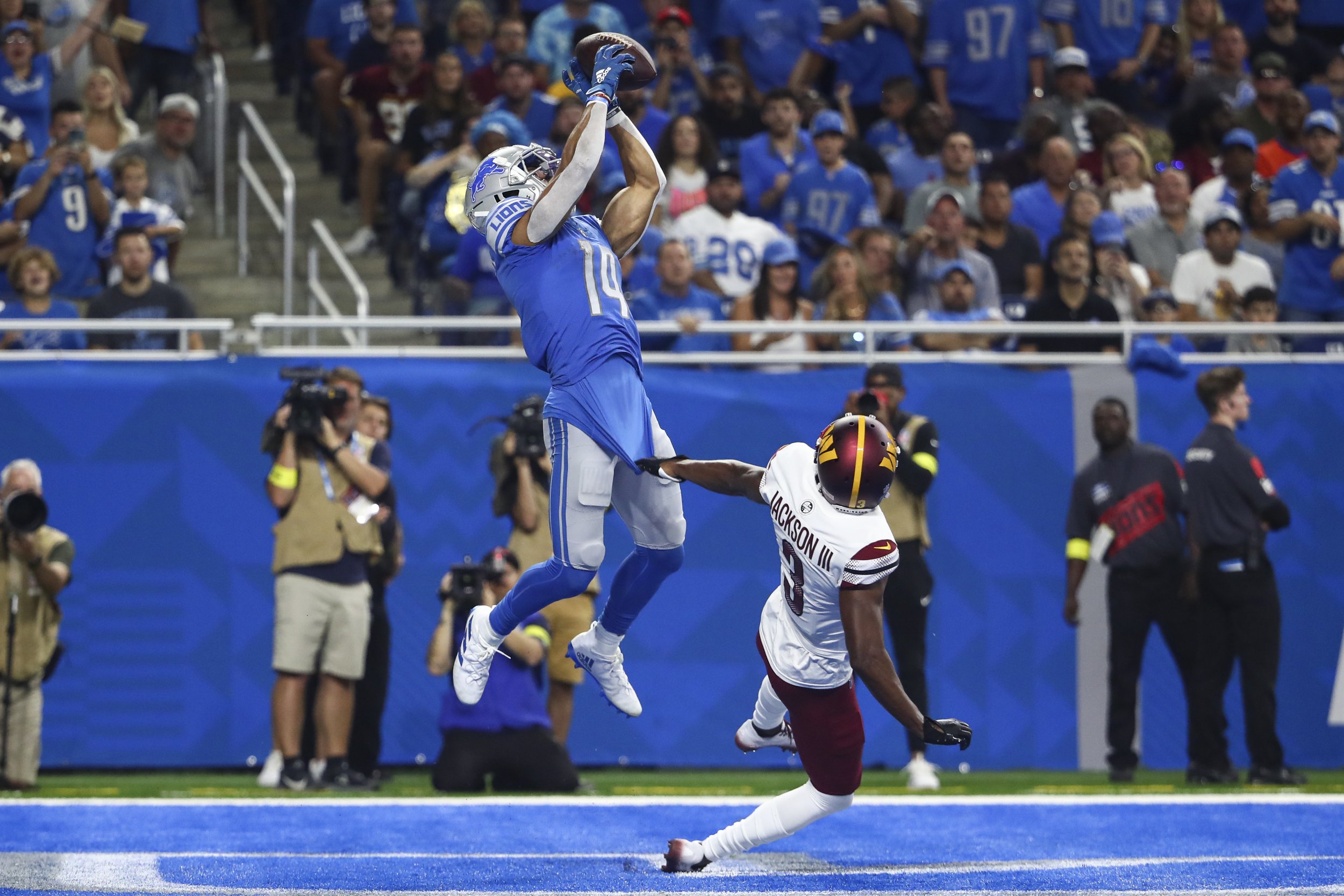 NFL Week 3 kicked off with the Pittsburgh Steelers showing the teeth of a goldfish as they flopped to a 29-17 defeat in Cleveland.

The Steelers have just four touchdowns on 34 drives this season, a rate of 11.8 percent: that’s worse than every team in the league last season (just behind the New York Giants on 12 percent). It can’t be long before Mitch Trubisky gets booted from the starting QB WhatsApp group.

Thankfully the rest of the slate has a little more juice, including three games with a projected total of over 50 points (spoiler: Bears @ Texans isn’t one of them).

Here are our predictions for NFL Week 3, and storylines to keep an eye on:

The Colts have been rancid at the beginning of the season, and the Chiefs are the opposite of a soft bounceback opponent. The pre-season AFC South favorites are staring down the barrel of a 0-2-1 start. It’s been no Tyreek Hill, no problem for the Chiefs, who on early evidence remain comfortably among the NFL’s best.

The Bills absolutely had their way with the Titans in Week 2, after making the Super Bowl champion Rams look like lost lambs in the season opener. This division clash will be tighter against a surging Tua Tagovailoa, especially with injuries in the secondary, but Josh Allen gets the job done.

This is the Carson Wentz revenge game, and no amount of kind words about his time in Philadelphia will convince me that every inch of his soul isn’t dying to get one over on the team that cut him loose. That desperation could lead to his biggest downfall – being too fast and loose with the football, and costing his new team the game. Jalen Hurts was electric for the Eagles on Monday night, another big performance here sets the early MVP bid in motion.

The Super Bowl hangover is real in Cincinnati. What better cure than coming up against a Jets team just gagging to be brought back to earth after that near-impossible comeback against the Browns in Week 2. The Jets are Joe Burrow’s Berocca.

Dan Campbell’s heart-on-the-sleeve style has turned the Lions into everyone’s second team. They’ve built one of the best offensive lines in the game, and the defensive front is looking formidable too after first-round pick Aidan Hutchinson’s three-sack performance against Washington. The Vikings need to bounce back after slumping against the Eagles in Week 2. This should be one of the games of the week.

It’s hard to know what to make of either of these teams following the Ravens’ capitulation against the Dolphins, while Bill Belichick’s Patriots have developed a reputation for starting slowly. The Ravens gave up an average of 19.5 points the week after allowing 40 or more, while New England quarterback Mac Jones has eclipsed 20 points in just three of his last eight starts.

It’s wild to think that one of these teams will be 0-3 by the end of the week (barring a dreaded tie). The Raiders have at least shown some promise – Derek Carr and Davante Adams’ connection is legit, and they were one slipped Maxx Crosby sack away from beating the Cardinals last week – while the Titans look a far cry from last season’s AFC No. 1 seeds.

Saints rookie wide receiver Chris Olave is due for a breakout game. He recorded a league-topping 365 air yards in Week 2, and it’s only a matter of time before he hauls in a few big Jameis Winston passes to make his mark, the way fellow rookies Garrett Wilson and Jahan Dotson have. Matt Rhule appears to be on borrowed time as the Panthers’ head coach.

Two terrible offenses go head-to-head in the least anticipated NFL clash since the dawn of time. That might be a slight exaggeration, but this one doesn’t get the juices flowing. Justin Fields has attempted a measly 28 passes through two weeks, while both he and Texans QB Davis Mills sit in the bottom four for quarterback rating so far this term.

All eyes are on whether Justin Herbert is fit to start after his ribs took a beating in last Thursday’s narrow defeat to the Chiefs. If he isn’t, the Jaguars could spring an upset here with Chase Daniel under center for LA. Last week Trevor Lawrence looked like the guy the Jags so enthusiastically took first overall in the 2021 Draft. Amazing the difference a competent head coach can make…

Kyler Murray could single-handedly be keeping Kliff Kingsbury in a job. They had no business winning that game against the Raiders, and Kingsbury didn’t deserve one of the high fives he readily received after the whistle blew. That win was all about Murray’s individual brilliance. The Rams have question marks after starting the season with an unconvincing 1-1

The Bucs are missing Mike Evans through suspension and Chris Godwin through injury, and Julio Jones is also trending towards being out. The Packers look like they could be without Allen Lazard, Sammy Watkins and Christian Watson. If you travel to Tampa you have a legitimate shot at playing wide receiver in this game. Still, it’s Tom Brady vs. Aaron Rodgers. If there are two quarterbacks who don’t need star wideouts to thrive, it’s these two. Watch this end up a 70-point thriller.

Who would have thought we’d be getting Marcus Mariota vs Geno Smith in 2022? Both have actually been more than serviceable to start the season. Smith is ninth in QBR, while Smith is 12th (well ahead of Russell Wilson…). Neither team is actually any good, mind, but at the very least they appear competitive. This could be a classic case of a good bad game.

That Jimmy Garoppolo contract looks genius now, doesn’t it? As hard as the Niners tried to transition to their new era in the offseason, even freezing Jimmy G out of practice as they looked to trade him away, they’re right back where they started. The Trey Lance injury is obviously devastating, but San Francisco could be a better team for it – for this season at least. Nathaniel Hackett’s Broncos have been an unmitigated disaster. It’s hard to remember a more inept start for a head coach, and we had Urban Meyer in the league last season. Broncos Country, Let’s Cry.

Cooper Rush is not going to keep Dak Prescott out of a job, but he could extend his mini winning streak here against a Giants team that somehow found themselves 2-0. Do not fool yourself into thinking the Giants are good – they aren’t – but it wouldn’t be astounding if they improved to 3-0 here and started talking of a playoff run that will inevitably have crashed and burned into a giant wreck by around Week 14.

Storylines to keep an eye on

Can the Bengals’ offensive line find its feet?

Joe Burrow has been sacked 13 times this season, in just two games. The whole narrative around the Bengals this off-season was that they had retooled the offensive line, and this was the move that could help them transition into an AFC superpower. Instead, they’re 0-2, having lost to Mitch Trubisky and Cooper Rush, and already face something of an uphill battle to make their way back to the playoffs in a very strong conference.

O-lines sometimes take time to gel and it will be interesting to see how they hold up this week against a Jets defensive front with just three sacks for the season.

Is the Tua breakout for real?

Few quarterbacks catch as much heat as Tagovailoa, whose main crime, it seems, is happening to be drafted one spot ahead of Justin Herbert. His 469-yard, six-touchdown performance against the Ravens last week felt like it could be the start of something, and if he wants to keep his haters quiet Tua needs to pick up where he left off against possibly the best team in the NFL this week. If he can keep pace with Josh Allen then the Tagovailoa breakout is well and truly on.

Are the Lions and Jags legit division contenders?

The Jags are currently the only team in the AFC South with a win, while the entire NFC North is tied at 1-1. The early signs suggest there is a path to the playoffs for both of these franchises, which have for so long existed deep in the NFL’s cobweb-ridden basement.

The Lions are legitimately exciting to watch (Amon-Ra St Brown has the makings of a true star), while Doug Pederson has already given the Jags – and most importantly, Trevor Lawrence – a new lease of life. Both teams have proper tests this week. If they stay competitive that’s enough proof to suggest they are at least worthy of consideration in 2022.