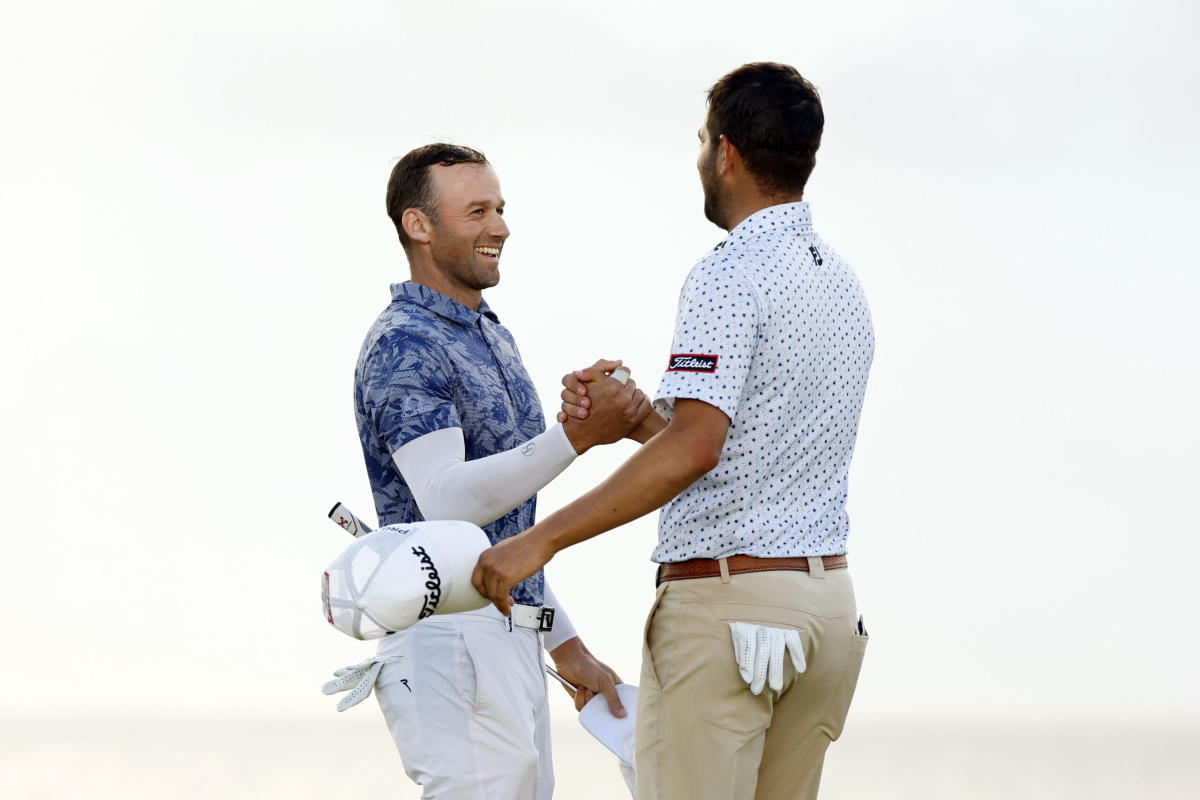 Ben Silverman, a 35-year-old journeyman in the field on a sponsor exemption, had a five-shot lead with eight holes to go in the final round of the Korn Ferry Tour’s Bahamas Great Abaco Classic on Wednesday.

He bogeyed the 11th to give one back, then parred Nos. 12 through 17 before making a double-bogey 7 on the par-5 18th hole. Meanwhile, Cody Blick birdied the 12th and 14th holes to cut into the lead. He bogeyed the 17th but made a clutch birdie on the 18th to post a 66 and track down Silverman, who shot a 70, and force a playoff.

The duo played the 18th again in the playoff and this time it was Blick making a double-bogey 7. Silverman made par to claim the win, his first anywhere in nearly six years.

“I’m really proud of myself. I’m very happy. Honestly, even if I didn’t win, I would have come in second, it still would have been a phenomenal week. The trophy is just that much sweeter,” Silverman said. “I’m just going to wait to celebrate with my wife, my family, when I get home, my coaches, support staff, everybody. It’s very special.”

Also special: an honorary membership at the Abaco Club for winning.

“I had no idea, but that’s unbelievable, honorary member out here,” he said. “You can guarantee I’m going to bring my wife, friends, sponsors, we’re definitely coming back for a vacation, for sure.”

The Canadian last won at the 2017 Price Cutter Charity Championship on the KFT.

Scott Brown, who made the 36-hole cut Monday, got a call that he was in the field for the PGA Tour’s Farmers Insurance Open as an alternate after John Huh withdrew, so Brown withdrew in the Bahamas to fly to San Diego.

The Korn Ferry Tour opened its 2023 season with back-to-back events in the Bahamas. The next two tournaments will be in Panama and Colombia the next two weeks before the tour takes a five-week break. The first US event this year will be March 23-26 at the Club Car Championship in Savannah, Georgia.