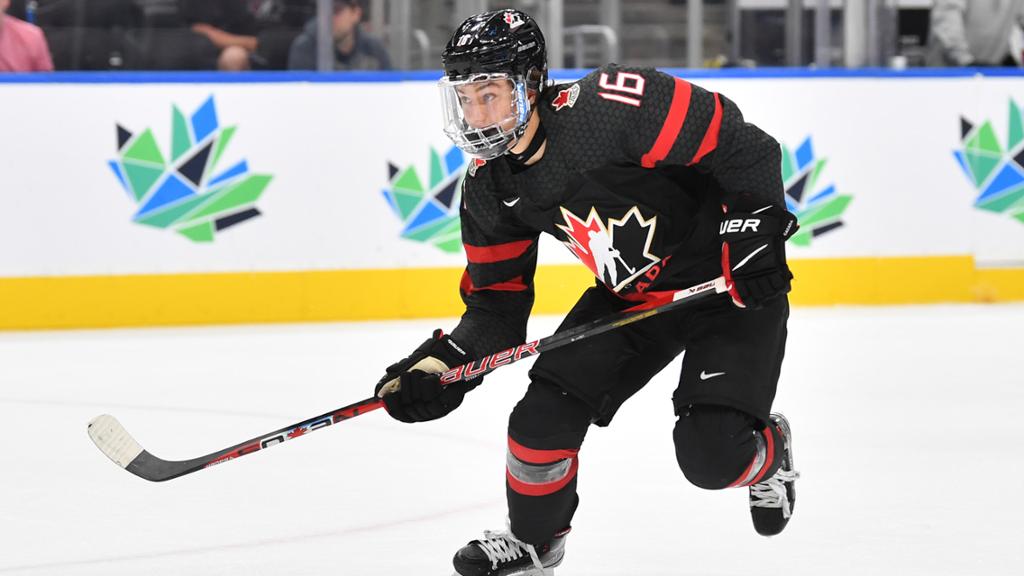 The 2023 Kubota CHL/NHL Top Prospects Game will be held at Langley Events Center in Vancouver on Jan. 25, 2023.

The annual event is a top showcase for some of the leading 2023 NHL Draft prospects playing in the three leagues that make up the Canadian Hockey League: the Quebec Major Junior Hockey League, Ontario Hockey League and Western Hockey League.

Players for the game will be selected by NHL teams in conjunction with NHL Central Scouting.

“The CHL Top Prospects Game is always a highlight on the scouting calendar as it brings together the top 40 draft-eligible CHL players as selected by the 32 NHL clubs,” Central Scouting director Dan Marr said. “This game provides the players an environment to display and compete with their skills and attributes in a different role that they may play on their own team, which provides additional insights for NHL scouting personnel.”

Among the players expected to be part of the game are forward Connor Bedard of Regina of the WHL. The 17-year-old center, who was born in North Vancouver, was fourth in the WHL with 100 points (51 goals, 49 assists) in 62 games last season. He also had eight points (four goals, four assists) in seven games to help Canada win the 2022 IIHF World Junior Championship in August.

“He’s elite hockey sense, elite skill, elite everything,” Peter Sullivan of NHL Central Scouting said. “But when he does get frustrated out there, he’s not afraid to give it back, which is a good sign. I compared him to [Hockey Hall of Famer] He played the same way since Marcel Dionne. Guys didn’t want to fool around with [Dionne] because he would go right back at them, and yet he didn’t have a lot of penalty minutes.”

Sullivan, who specializes in scouting players from the WHL, has evaluated NHL draft prospects for the past 25 years with Central Scouting and is its longest-tenured member.

“Skill-wise he’s not only quick but has two or three gears and it’s legit,” Sullivan said. “I mean, the most famous player that had five or six gears was Bobby Orr, and this is what [Bedard] has. He’s got a gear that can go from 1-to-60 in two seconds; he’s that special a player.”

Other top prospects expected to take part in the game are forwards Brayden Yager of Moose Jaw (WHL), Zach Benson of Winnipeg (WHL) and Calum Ritchie of Oshawa (OHL), and defenseman Cameron Allen of Guelph (OHL).

The 2022 CHL/NHL Top Prospects Game was played in Kitchener, Ontario. Of the 40 players selected for the game, 10 were chosen in the first round of the 2022 NHL Draft, including four top-10 selections: Seattle Kraken center Shane Wright (No. 4), Chicago Blackhawks defenseman Kevin Korchinski (No. 7), Buffalo Sabers center Matt Savoie (No. 9) and Anaheim Ducks defenseman Pavel Mintyukov (No. 10).