Barzal hopeful for new contract with Islanders before season 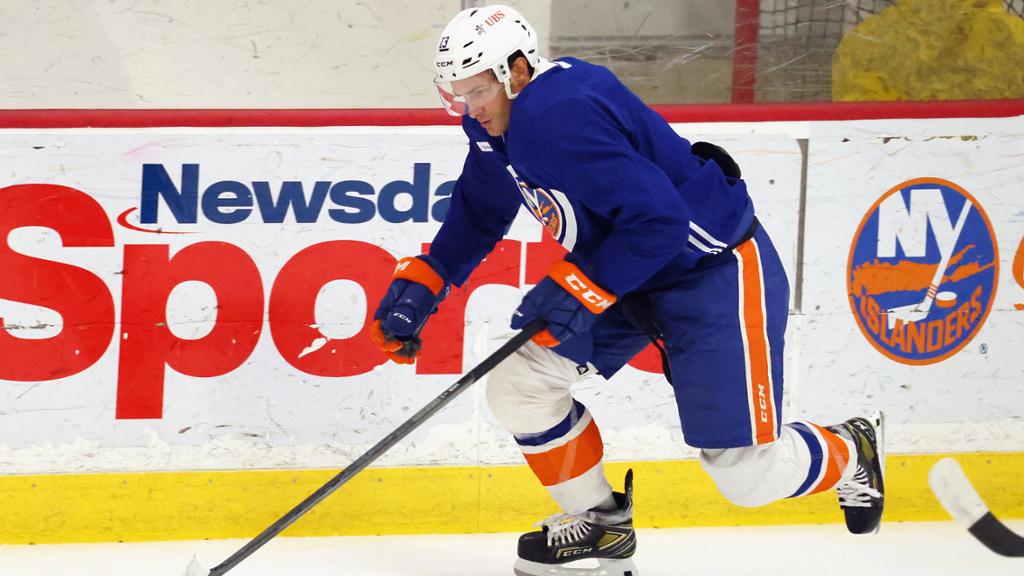 EAST MEADOW, NY — Mathew Barzal is optimistic he can sign a new contract with the New York Islanders before the start of this season.

The 25-year-old center is entering the final season of a three-year contract and can become a restricted free agent. Barzal, who was a first-round pick (No. 16) by the Islanders at the 2015 NHL Draft, tied center. Brock Nelson for the team lead with 59 points (15 goals, 44 assists) last season.

“It’s two weeks before the season and hopefully we can hammer something out,” Barzal said after the first day of training camp Thursday. “If not, I’m not really worried about it because my heart’s here and I know we’ll get something fair and something both sides are happy about.”

Barzal’s comments echoed those made by Islanders general manager Lou Lamoriello earlier this week. New York plays its first game of the regular season Oct. 13 against the Florida Panthers.

New York (37-35-10) missed the Stanley Cup Playoffs last season for the first time since 2018, finishing 16 points behind the Washington Capitals for the second wild card in the Eastern Conference. Barry Trotz was fired as coach on May 9 and replaced by Lane Lambert on May 16.

The Islanders reached the third round of the postseason in 2020 and 2021.

“It was a long summer,” Barzal said. “We had a lot to think about.

“I want to prove (to) them right away in camp that I’ve taken a step and I worked hard this summer. I’m sure that’s the same mindset that everyone is trying to prove. I mean, for me the next step is just, I feel there (were) games where [I’m playing well and] there (are) other games where certain circumstances don’t go my way and I kind of get off a little bit. So, for me, it’s about having that high level of play. I want to emphasize my backcheck. I want to emphasize stripping pucks. … That high level of consistency I feel like it’s there periodically at times and it’s just got to be consistent every day.”

Barzal put an emphasis on improving his play in the neutral and defensive zones, but there is an external belief that his offensive capabilities have not been fully unlocked. He had 85 points (22 goals, 63 assists) and won the Calder Trophy as the NHL rookie of the year in 2017-18 but never had more than 62 points in four seasons under Trotz.

Lambert said he will use training camp to figure out which linemates would suit Barzal best.

“We’ll see how things play themselves out,” Lambert said. “We’re just at Day One here and we’ve got some time and some [preseason] games to figure things out. … He pushes the play and he pushes the pace. He needs a guy who can work well with him in terms of work ethic and things like that. We’ll see how we go.”