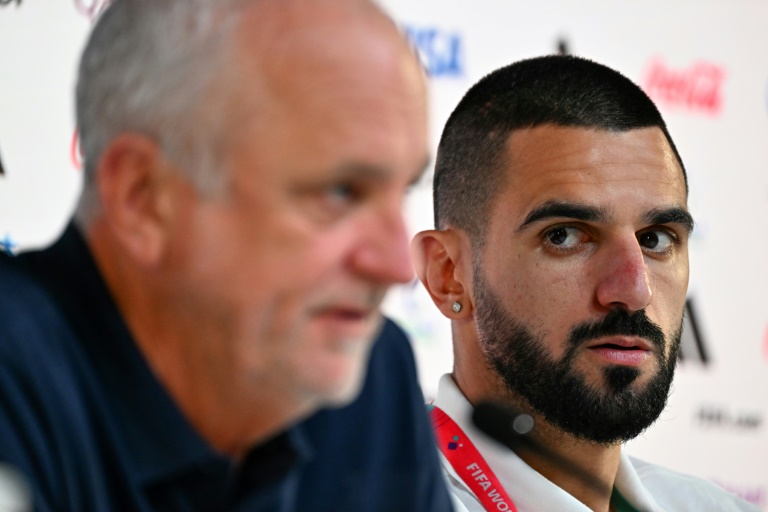 Coach Graham Arnold told his Australian side “to muscle up” for what promises to be a physical World Cup clash against Tunisia in front of a hostile crowd on Saturday.

Australia took a shock lead against holders France in their opener in Qatar before being soundly beaten 4-1 and had another tough test in a Tunisian side who held Denmark to a goalless draw.

Australia’s World Cup campaign will be in grave danger if they don’t win and it will be akin to an away match in Qatar with an estimated 30,000 Tunisian fans expected to back their side at Al Janoub Stadium.

“We’ll be in their faces, we’ll be up high and chasing and pressing, we’ll be on the front foot,” the 59-year-old Arnold told a pre-match press conference on Friday.

“The Tunisians like physical games and we’ve got to match the physical aspect,” he added.

“We’ve got to muscle up and give it our best.”

The match will be on primetime on Saturday night back home in Australia and defender Aziz Behich said: “It’s perfect time for everyone back home, our family and friends especially will be watching.”

“We’re going to go out there all guns blazing,” added Behich, who last summer moved from Turkey to Dundee United in Scotland.

“We know what’s ahead of us tomorrow. Like the coach said, it’s going to be a fight, we’ve got to match that fight and then play our football.”

Behich said that he was relishing silencing the massed ranks of Tunisian fans who created a crackling atmosphere and cheered every tackle and clearance in the stalemate with Denmark.

“We saw footage of their fans and that’s what you want — as a footballer you never want to see an empty stadium.”

“I’m excited to get out on that pitch and hear that hostile environment,” he added.

“It kind of puts fire in my belly a bit more to be honest.”

Tunisia are chasing a place in the knockout phase for the first time and Ellyes Skhiri said: “We have an opportunity to get in the history books. We don’t want to have regrets.

“We need to play as well as we can to get through this round. We must give everything so we don’t have any regrets,” said the Cologne midfielder.

“We know there are a lot of fans out there and we want to make them proud.”

France played Denmark in the other Group D match on Saturday.