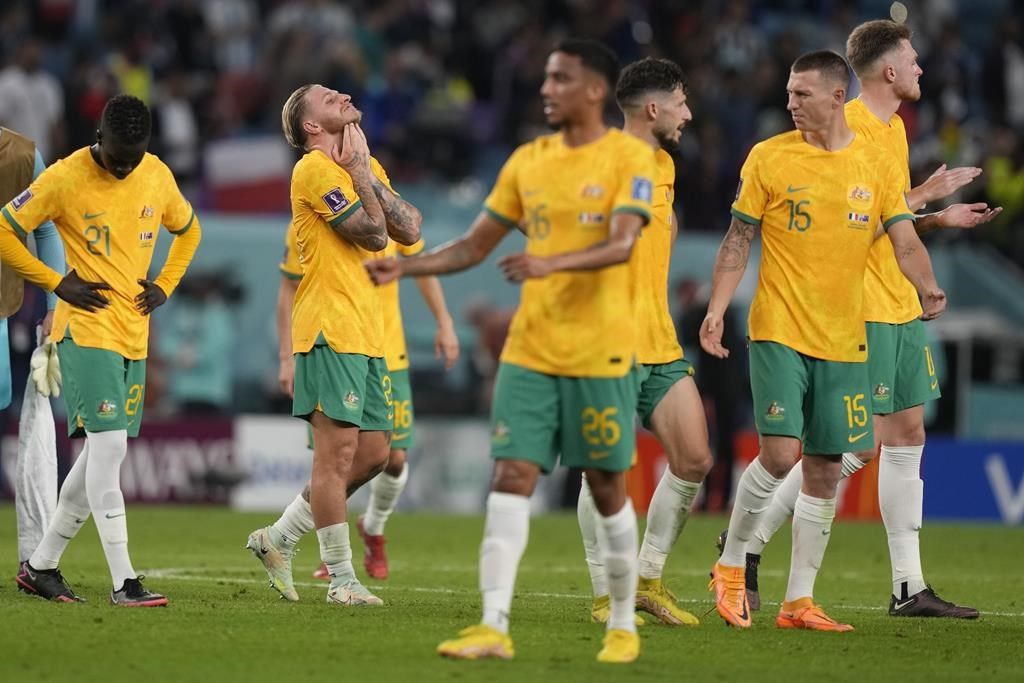 DOHA, Qatar (AP) — Expect “TUN-is, TUN-is, TUN-is” chants to reverberate around the Al Janoub stadium as Tunisia enjoys overwhelming home-like support when it takes on Australia in each team’s second match at the World Cup on Saturday.

One of the four Arab teams at the first World Cup in the Middle East, Tunisia had arguably the loudest set of fans in the first round of games when it held European Championship semifinalist Denmark to a 0-0 draw.

And the support isn’t just from Tunisians. Fans waving Palestinian flags have followed Tunisia, and there are also supporters of the squad from Egypt and Algeria.

“We know the value of our Tunisian supporters in Doha, and the Tunisian diaspora,” coach Jalel Kadri said. “This gives us a strong morale boost.”

Both teams will have higher expectations, after Australia was beaten 4-1 by defending champion France in its Group D opener.

All four of France’s goals came from attacks down the flanks, with three of them heading in.

“Conceding three goals from wide areas is obviously a very clear lesson for us to learn,” Australia midfielder Jackson Irvine said. “We obviously have to deal with the crosses better.”

France leads the group with three points, Tunisia and Denmark are next with one point each and Australia trails with none.

Tunisia is seeking to advance from the group stage for the first time in its sixth World Cup appearance, while Australia has only reached the last 16 once — in 2006 — in five previous trips to soccer’s biggest event.

“There’s a bit more pressure because Australia has nothing to lose now. It’s like a final for them,” Tunisian defender Mohamed Dräger said. “We need to be ready like (Tuesday). With the same spirit and the same concentration we can achieve something.”

Tunisia’s spirit is embodied by combative midfielder Aïssa Laïdouni, who earned player of the match honors against Denmark in his first career World Cup match.

Laïdouni set the tone in the very first minute when he stripped Denmark playmaker Christian Eriksen of the ball with an aggressive sliding tackle — then stood up and pumped his arms menacingly, gesturing to the crowd to get even more fired up.

“It’s important to come to the game with a lot of determination,” Laïdouni said. “This is the World Cup, it’s not a small competition. … It’s also important to show (the fans) we are so determined.”

Andrew Dampf is at https://twitter.com/AndrewDampf