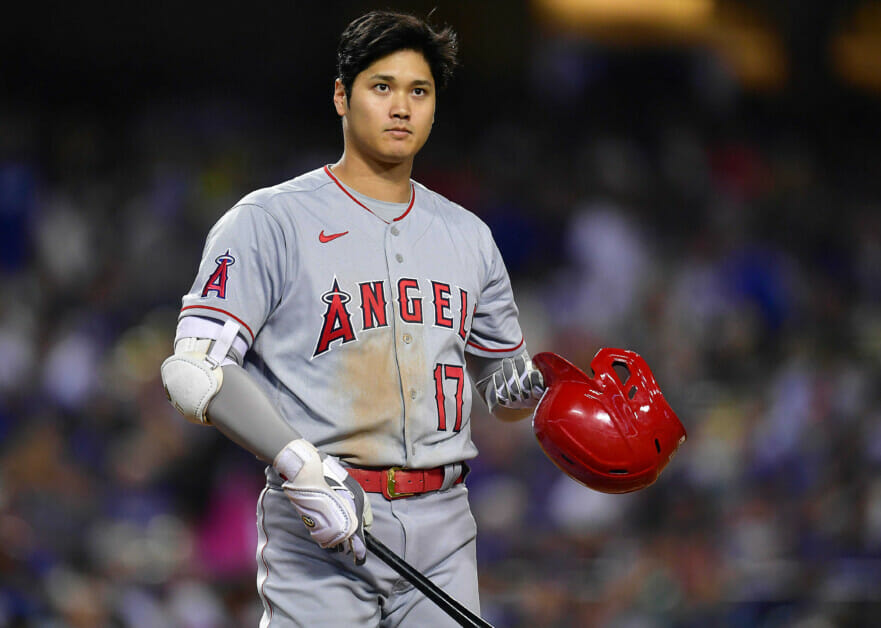 The Los Angeles Angels endured another disappointing season and saw their playoff drought extend to eight years despite having two of the sport’s biggest stars in Shohei Ohtani and Mike Trout on their roster.

Since making his MLB debut in 2018, Ohtani has accomplished virtually everything on the field, from setting numerous records for his contributions as a hitter and pitcher, to winning Rookie of the Year honors and the 2021 American League MVP.

As the Angels were struggling this past summer, they received several calls from teams that had interest in an Ohtani trade. LA ultimately held on to him as owner Arte Moreno was hesitant to move him with Anthony Rendon and Trout sidelined due to injury.

While there has been speculation the Angels could consider trading Ohtani this offseason, they are more likely to attempt to sign him to a contract extension. If those talks go nowhere, the team may look to move Ohtani at the 2023 MLB trade deadline, per Andy Martino of SNY:

The current perception from rivals is that Los Angeles is more likely to try to extend Ohtani, and, if they are unable to keep him, look to move him at July’s trade deadline.

Ohtani was eligible for arbitration for a final time this offseason, but the Angels avoided the process by signing him to a one-year, $30 million contract. The two-way star is now on track to become a free agent at the end of the 2023 season.

Dodgers had interest in Shohei Ohtani at 2022 MLB trade deadline

The Los Angeles Dodgers were reportedly among the teams with interest in Ohtani at the 2022 trade deadline, but talks did not advance far.

When Ohtani made the jump to MLB, he met with and considered signing with the Dodgers before ultimately deciding on the Angels.

Have you subscribed to the Dodger Blue YouTube channel? Be sure to ring the notification bell to watch player interviews, participate in shows and giveaways, and stay up to date on all Dodgers news and rumors!