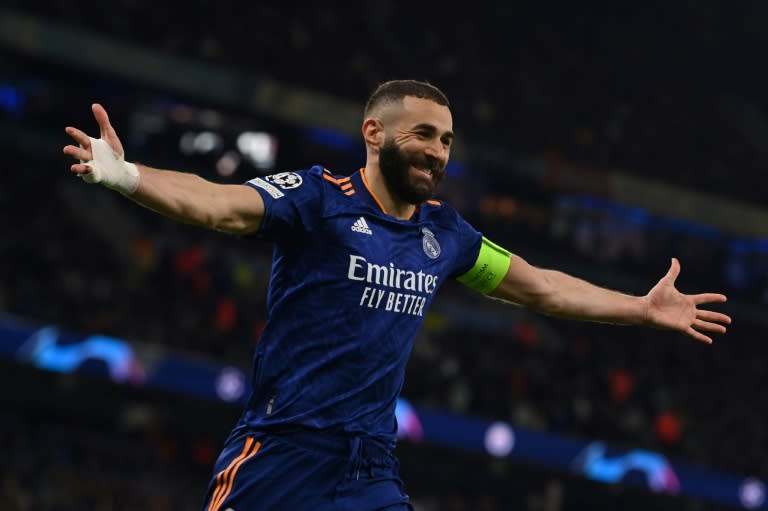 Carlo Ancelotti admitted on Tuesday that Real Madrid will have to gamble if they are to come from behind to beat Manchester City in the semi-finals of the Champions League.

Madrid trail 4-3 after a thrilling first leg in Manchester last week as they look to pull off another comeback and reach the club’s first Champions League final since 2018.

“If we sit deep, we won’t concede 99 shots and if we get into their box they are going to have a go at us but sometimes you have to take risks,” Ancelotti said in a press conference ahead of the second leg on Wednesday .

“In these games we have scored a lot – four against PSG, five against Chelsea, three against City – so we have the quality to take risks.”

Real Madrid showed resilience and fight to come from behind against both Paris Saint-Germain in the last 16 and Chelsea in the quarter-finals, but Ancelotti said they will need more than just character to defeat City.

“You don’t get to a final only with your heart,” Ancelotti said. “Personality is an important part but you need individual quality, collective commitment – you need all this to reach a final, one of these things won’t be enough to get to the final.”

Luka Modric said the players are convinced they can go through as Real Madrid chase a 14th European Cup.

“We are very confident that we can come back, because we know that in the first match we didn’t play our best game and we still scored three goals,” Modric said.

“We have the quality and character and the history of this club, having the most Champions League titles, also makes a big difference.”

Real Madrid celebrated winning their 35th La Liga title on Saturday, as the players rode an open-top bus to meet thousands of fans at the city’s Plaza Cibeles, despite the second leg against City being just four days away.

“We really wanted to go to Cibeles because it had been a long time since we could celebrate a title with our fans,” Modric said. “We enjoyed it but as soon as it ended, we were focused on tomorrow’s game.

“It was a beautiful day and that’s it, the season is not over.”

Ancelotti confirmed that Real Madrid defender David Alaba will miss the game through injury and will be replaced by Nacho Fernandez. But Casemiro is fit again, handing Madrid a significant boost in midfield.

“Casemiro will help us,” Ancelotti said. “His return reinforces us defensively. I think we are going to see an improvement from the first leg.”