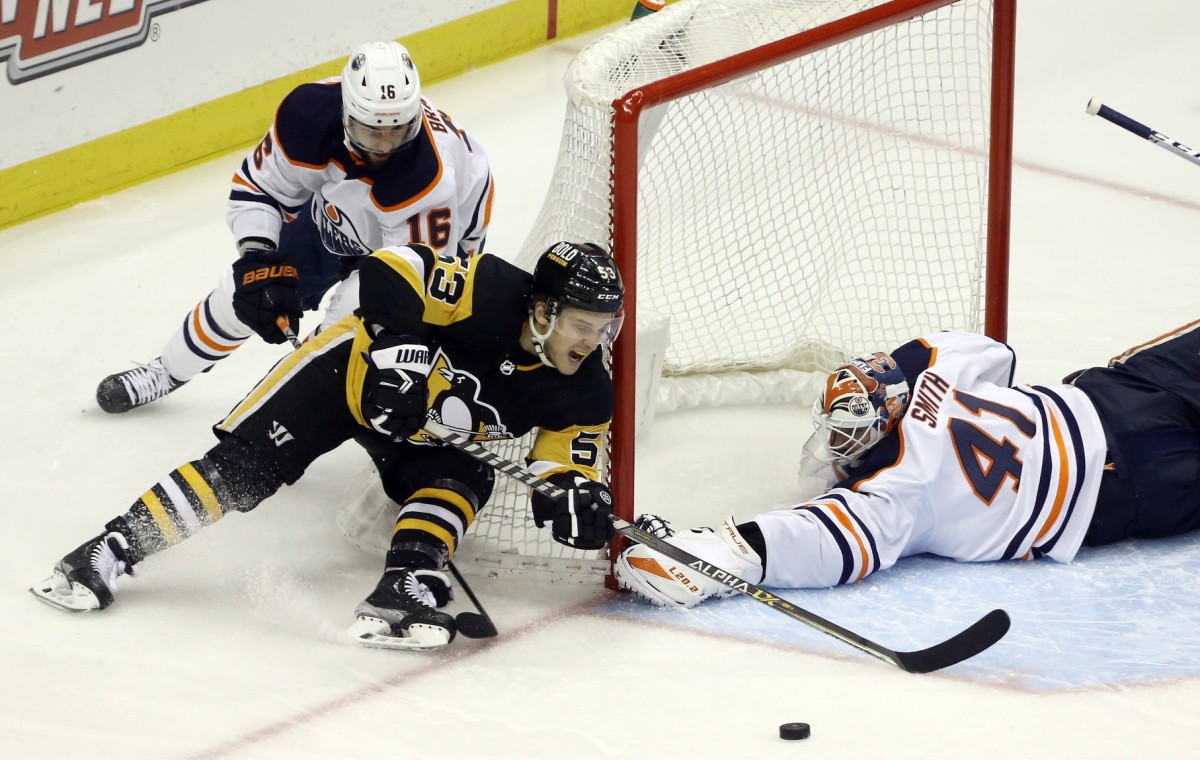 PITTSBURGH – While all is quiet on the Pittsburgh Penguins trade front, fans and pundits continue to speculate who will and won’t be moving teams throughout the league.

While the Penguins are in desperate need of a trade to bolster their lineup, there hasn’t been much talk of them having interest in making a move, yet.

Frank Seravalli of Daily Faceoff has been keeping up with all things trades and speculation across the NHL and he sees a path that could link the Pens with a Western Conference team.

In an updated playbook, Seravalli believes the Edmonton Oilers are in need of a penalty killer and the Penguins have a player of value who fits that bill.

Teddy Blueger has been struggling offensively this season with the Penguins, but his defensive prowess hasn’t gone anywhere.

The presence of Blueger helped improve the Penguins penalty kills into one of the best in the league; the group currently sits ninth in the NHL, but still far better than before Blueger began his season.

If the Penguins have any plans of making a splash at the trade deadline, they’re going to need to clear cap space and Blueger is a good first step.

Blueger makes $2.2 million against the cap and is set to become an unrestricted free agent at the end of the season.

The Penguins don’t need to get much in return for Blueger, some cap space would be useful, and they could turn the roster spot into giving a minor league call-up like Jonathan Gruden a longer look.

If the Penguins want an NHL-ready piece in return, the Oilers have that to offer; Jesse Puljujarvi is in need of new surroundings and he doesn’t make that much more than Blueger.

The speculation surrounding the Oilers trading Puljujarvi has been running for nearly four years and the Penguins are familiar trade partners.

The Penguins should also not be afraid to send off Blueger at any given moment; He’s having a down year and it’s unlikely he’ll be in Pittsburgh after this summer.

Why not get some return for him?

Make sure you bookmark Inside the Penguins for the latest news, exclusive interviews, breakdowns and so much more!

Penguins To Sit Tristan Jarry Until After All-Star Break