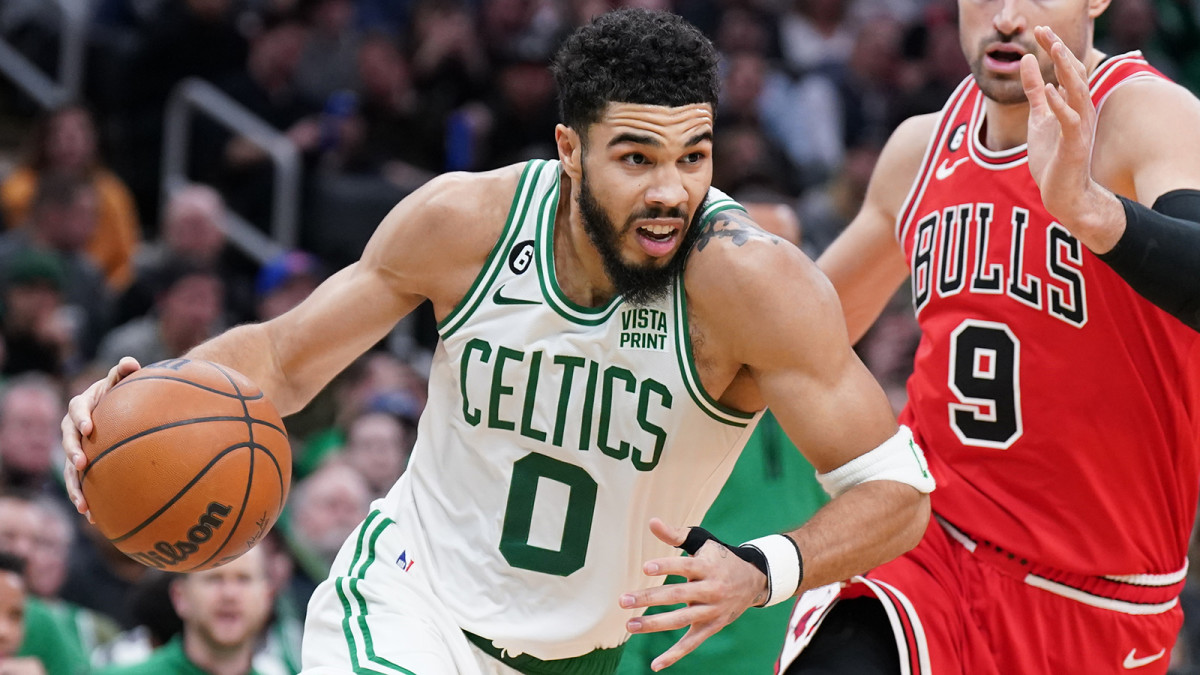 How competitive are All-Star spots in Salt Lake City? The bench is likely to have a player who picks up MVP votes. Perhaps a lot of MVP votes. Here are my choices for the Eastern Conference All-Star squad.

Only this year in this conference is a two-time MVP averaging north of 30 points per game left off the ballot. Granted, this isn’t Giannis Antetokounmpo‘s finest season; his three-point numbers have cratered to early-career levels and his true shooting percentage is a few points off his usual 60-plus%. But he’s top five in scoring and rebounding. And a great defender. That’s how good this year’s frontcourt field is.

Tatum’s a no-brainer. He’s the best player on the NBA’s best team and he’s putting up monster numbers. He’s in the top five in scoring and plus/minus (fun fact: Tatum has the highest total plus/minus of any player over the last four years) and ranks among the NBA leaders in fourth-quarter points. He’s not an elite defender, but in recent years he has harnessed his physical tools, particularly his length, to become an above-average one. If Nikola Jokić wasn’t doing Jokić-y things, Tatum would be the front-runner for MVP.

Durant is just a freak. Three-plus years removed from an Achilles tear and Durant is hovering around 30 points per game, shooting a career-best 56% from the floor, as well as 37.6% from three. He’s top five in 538’s RAPTOR rankings, just behind Embiid and Tatum (Antetokounmpo, weirdly, is 26th, behind, among others, Franz Wagner). An early-January knee injury (temporarily) derailed him, but if you needed evidence of Durant’s value, the Nets’ recent scuffles offer plenty of it.

I edged Embiid over Giannis, though any arguments for Giannis is completely fair (and there are some in Embiid’s orbit that hope he skips the All-Star weekend entirely and gives his banged-up body a rest). But Embiid is a high-volume, efficient scoring machine who anchors a top-five defense. He’s the NBA’s most dominant post player who has developed into a reliable, mid-30s three-point shooter. You don’t get much more complete than that.

The second slot was tough. There’s a case for Tyrese Haliburton, who has transformed Indiana with his playmaking. Ditto for Jalen Brunson. Trae Young is putting up gawdy numbers, albeit during a dysfunctional season in Atlanta. Kyrie Irvingafter a few weeks of self-sabotage, is back to putting up All-Star-level stats.

The pick here is Brown, who has rapidly emerged as a complete player. Brown’s greatest strength remains his athleticism; he’s dynamic in transition and ruthlessly effective off the dribble. But he’s blended an effective jump shot, a lethal pull-up game and a wildly efficient midrange game into his offense, all while remaining an effective defensive player. The reason the gap has not widened between Tatum and Brown is because as Tatum has grown, Brown has grown with him.

Giannis, we’ve explained. Toronto’s disappointing season shouldn’t stain Siakam’s reemergence as an elite wing. And Adebayo is having a career-best scoring season while continuing to be a menace on Miami’s back line.

Has there been a trade that worked out as well for both teams as the Haliburton-Domantas Sabonis swap? Not many, probably. Haliburton has transformed Indiana into a dynamic transition team while shooting 40% from three and leading the NBA in assists. Injuries nearly bounced Butler, but 34 games are enough for one of the NBA’s best two-way players having his most efficient season to make the roster.

Pick a Knick, any Knick, which is really what I did here. Julius Randle has had a phenomenal bounce-back year, increasing his efficiency numbers from last season (although below his All-NBA season of two years ago) and proving to be the Knicks’ most reliable scorer. Still, Brunson’s numbers have spiked in New York (he’s a plus-40% three-point shooter for the first time), and his playmaking has benefited everyone—including Randle.

Young’s season has been uninspiring—his three-point numbers are terrible—but he’s still a 27-point scorer who is averaging nearly 10 assists on a (current) playoff team. That earns him a spot.