17 Of The Best Rory McIlroy Quotes 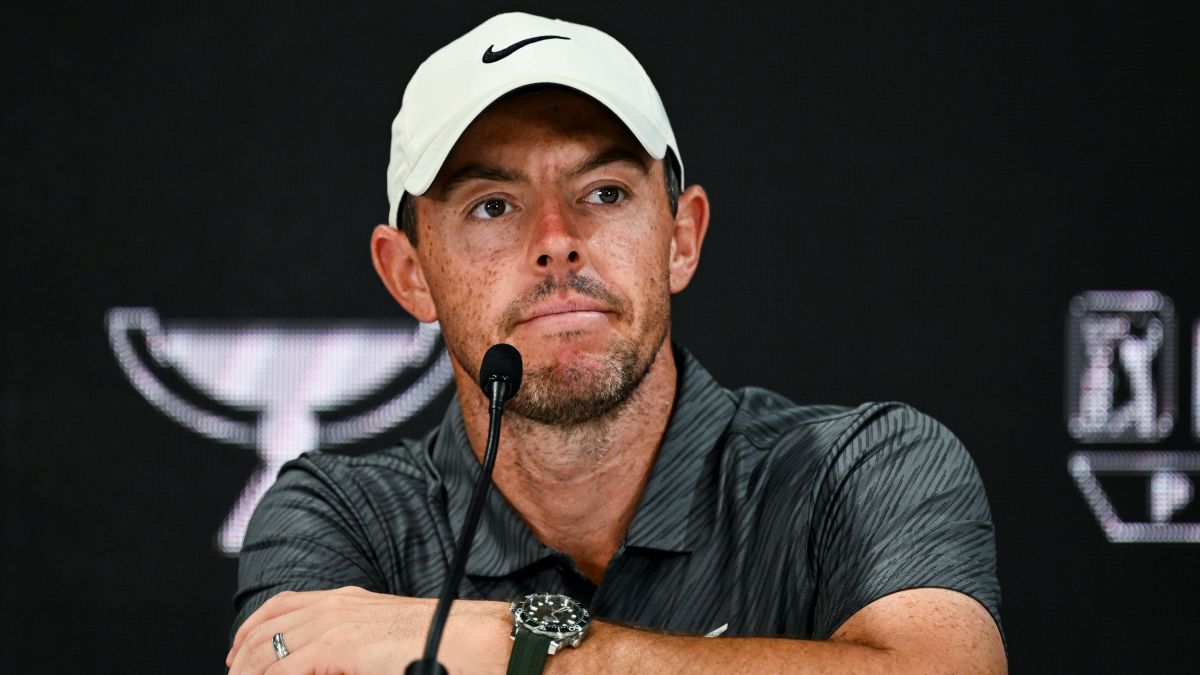 Thank you for signing up. You will receive a verification email shortly.

There was a problem. Please refresh the page and try again.

Rory McIlroy is arguably the best golfer of his generation, and he’s one of the most influential too.

Aside from Tiger Woods, McIlroy’s press conferences are always the best attended and most watched, with the Northern Irishman not afraid to speak openly and honestly about all areas of the sport.

The four-time Major winner and former World No.1 has hit headlines for all sorts of reasons over the years, whether speaking candidly about his idols and peers, how he got into the game and on some of the sport’s biggest issues. Here we look at some of his best quotes through the years…

1. ‘PLAY WITH PEOPLE THAT ARE BETTER THAN YOU’

“I think it’s a wonderful piece of advice to find people who are better than you and to play with them, because it shows you what you need to do to get to that next level.”

2. ‘I NEVER DREAMED OF BEING FAMOUS’

“I dreamed of being a great golfer. I never dreamed of all this other stuff. I feel very privileged that I’m in the position that I’m in, but I just try to live my life the way I normally would. I never wanted to be famous. I wanted to be known for my golf and that was it.”

“I’ve been disappointed with how he has gone about what he has done, but I think he has come back and shown some remorse about how he has handled some things so I think he has learned from that. Who am I to sit up here and give Phil a lesson on how to do things? He has had a wonderful career. He is his own man.”

“Tiger’s left more of a mark on this game, I think, than anyone else basically in history. I think the fact that he is a person of color and what that brings to the table in terms of golf being a more acceptable sport to play if you’re from a certain ethnic background. And just his play in general and the excitement he created around the game of golf, he was, I’d say in his pomp in the early 2000s, he was probably the most famous man in the world. I think we all have to be very thankful for Tiger Woods and when he came along, and we should all be very fortunate that we played at a time that he was around because we’ve all benefitted from him.”

6. GOLF’S DISTANCE DEBATE ‘A HUGE WASTE OF TIME AND MONEY’

“I think the R&A and USGA are looking at the game of golf through such a tiny little lens that what they’re trying to do is change something that pertains to 0.1% of the golfing community. 99.9% of people that play this game play it for enjoyment, they play it for entertainment, they don’t need to be told what ball to use or clubs to use. I mean, we have to make the game as easy and as approachable as possible for the majority of golfers. So honestly I think this distance insights report honestly has been a huge waste of time and a huge waste of money because that money that it’s cost do this report could have been way better distributed to getting people into the game, introducing younger kids to the game, introducing minorities to the game.”

7. LIV GOLFERS’ ‘BEST DAYS BEHIND THEM’

“A lot of these guys are in their late 40s. In Phil’s case, early 50s. Yeah, I think everyone in this room and they would say to you themselves that their best days are behind them.”

“It’s incredible. It’s a moment I will remember for a long, long time. It’s my 21st PGA Tour win and one more than anyone else.”

“I mean I get playing opportunities…there’s so many tournaments and there might be an over saturation in golf in a way. You look at the NFL and they play 18 games a year, 20 games a year max and people want it all the time. I know [American] football’s different than golf and all that, but I think being a golf fan these days can get quite exhausting following so many different tournaments, different tours, all that stuff.”

“It was when that lawsuit was filed last week or whatever it was. And the thing that I would say, I certainly have a little more respect for the guys that haven’t put their names to the suit. So yeah, I mean, it’s become a little more personal because of that.”

“That was the freedom they had, they have autonomy over their schedule, and they can pick and choose when and where they want to play. Where, we go to this new league, that’s not going to be the case. You are going to be contracted to play 18 events, they’re going to tell you where and when you should be there, and as a golfer and an independent contractor, I didn’t like the sound of that. I didn’t really like where the money was coming from either, and I wanted to be the first one to speak out against it, and I’m glad that I have.”

“I swear playing in front of all that, he gives up half a shot a day on the field. It’s two shots a tournament he has to give to the field because of all that that goes on around. So, whether that calms down the more he plays and it doesn’t become such a novelty that he’s back out playing again. Because it’s just tiring and I need a couple advil, I’ve got a headache after all that.”

“Look, it’s a tricky one. Everyone knows that. But as I’ve said before, I certainly don’t blame anyone for going and doing it. At the end of the day, it’s our job and livelihood. If someone comes and offers you that sort of money, it’s hard to say no.”

“I love being a part of this team, I love my teammates so much, and I should have done more for them this week. I’m glad I put a point on the board for Europe today, but I just can’ t wait to get another shot at this. It is by far the best experience in golf, and I hope the boys and girls watching this today will aspire to play in this event, or the Solheim Cup, because there’s nothing better than being a part of a team, especially with the bond that we have in Europe. No matter what happens after this, I’m proud of every one of our players this week. I’m proud of our captain, our vice-captains, and I just wish I could have done a little more for the team. It’s been a tough week.”

15. ON BEING CARBON NEUTRAL…

“Two years ago, after I won in China [2019 WGC-HSBC Champions], I flew back home privately and it was just me on the plane. I just got this massive sense of guilt come over me, just because this can’t be good and all that sort of stuff… So on top of that I pay to fly private, I pay quite a bit more on top of that to make sure I’m carbon neutral by the end of the year.”

“Everyone should just be grateful that he’s here, he’s alive, that his kids haven’t lost their dad. That’s the most important thing. Golf is so far from the equation right now. It’s not even on the map at this point.”

“I’ll tell you what, we’re on this big Domino’s kick recently. It’s so good. If you don’t know what the really good local pizza place is, Domino’s is like, solid. I get the same. I get the deluxe, but I go with extra sausage, extra whatever.”