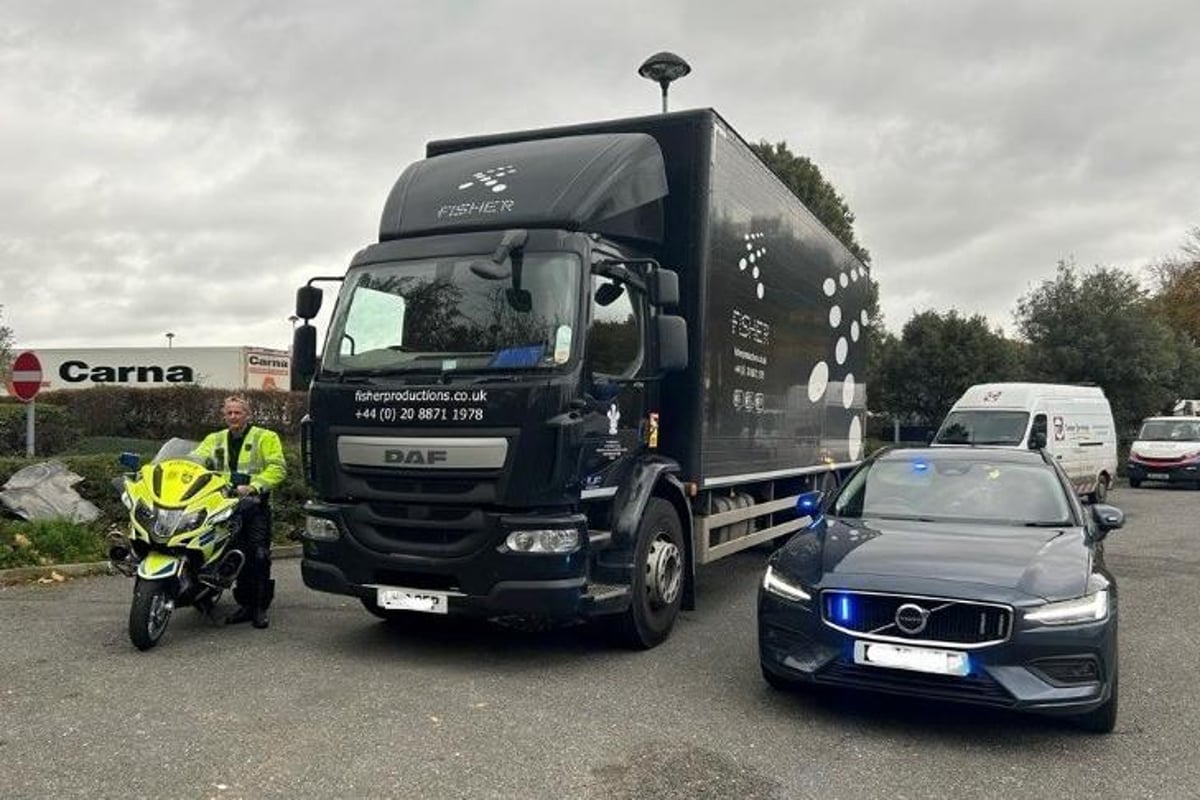 Thames Valley Police took part in an operation to crack down on mobile phone use and other driving offenses on the M25, as part of a national operation, Op Orbital, run by National Highways..

From Monday to Friday, November 7 to 11, officers from the Roads Policing and Commercial Vehicle Unit patrolled the M25.

A lorry was used to spot drivers using their mobile phones, not wearing a seatbelt, or driving carelessly or inconsiderately.

A Roads Policing officer and the lorry used in Op Orbital

A total of 258 separate offenses were identified and 165 vehicles stopped. The majority of the offenses were dealt with by ticket. The fine for using your phone while driving is £200 and six points on your license.

84 drivers driving while distracted. Four were watching moving images while driving. Many were interacting with phones instead of looking at the road ahead.

5 vehicles had no insurance

12 drivers were dealt with for careless or inconsiderate driving

20 drivers were driving on the hatchings or verge

14 drivers had no seatbelt

Sergeant Paul Diamond, who was in charge of the Thames Valley element of the operation, said: “Distracted and inconsiderate driving has been shown as responsible for a significant number of incidents on the motorway network, causing congestion, injuries and death.

“Thames Valley Roads Policing Department are committed to reducing casualties from these unnecessary incidents and in prosecuting drivers proactively before their actions injure others on the road.

“We continue to deliver our message that we can’t be everywhere but we could be anywhere.

“We will be using other forms of covert vehicles in the near future. Drivers using the M25 can be reassured that we will do all we can to prosecute those who put them at risk as they travel.”